Welcome to Pragmatic Ink, my little corner of the web universe!  I’ve been chewing on the idea of launching a blog for some time. And for countless reasons I’ve procrastinated, which is unusual since I am many things but definitely not a procrastinator.  I’m the type of person that sets my sight on a goal or project, aligns it in my scope and Boom! I’m off and running!  As I’ve journeyed through my career, I’ve been exposed to countless people and companies along the way who have impacted the way I see life, the world, my colleagues, and the workplace. Every stop I’ve made along this pilgrimage has been ripe with rich learning experiences that have in some way shaped and reshaped my emotional and intellectual wiring.  It’s been a fantastic journey so far. Then there was this seismic economic shift and the challenges brought forth by it impacted virtually every industry, business, and person I know.  Everyone stands around scratching their heads and wonders, “When will things return to normal?”  Spoiler Alert…this is normal friends and it’s ambiguous.  Hence, Pragmatic Ink was born.

At Pragmatic Ink I will cover topics relative to social responsibility, business and marketing acumen, social media, corporate and personal branding, technology trends, motivation, team work, and any other arbitrary topics that strike me depending on the time, day and what’s happening in the world…it is after all, my blog.

So what about me?  My name is Gayla Ouellette, and well I’m just an ordinary girl who has had some pretty extraordinary experiences.  I was born in Los Angeles, California where I called the little suburb of Westchester home.  I spent my early informative years living in a rented post-World War II built home, that looked like every other home on the sweet gum tree lined street.  LESSON ONE TO SELF: Learn how to stand out in a crowd.  We were a family of six.  I had three brothers two older, one younger – I mention this because I’m certain my birth order has some mystical impact on the person I am today, the implications of which I’ve yet to discover.  My brothers and I were split into groups of two, and shared the only two bedrooms in the house.  LESSON TWO TO SELF: Learn team work, master the art of negotiation.  My father, a Danish immigrant who by trade was a bona fide master craftsman – a cabinet maker, earned his living as a carpenter and contributed to developing the skyline of Los Angeles.  My American born mother was a homemaker and sometime artist/painter of above average talent, who didn’t learn to drive until she was 32 years old.  We led a fairly humble and conventional life in those days.  I say this because people often have the misconception that growing up in Los Angeles assimilates to some sort of entitlement; as though your life is a continuous episode of Beverly Hills 90210.  LESSON THREE TO SELF: Never, ever assume…ever.  Over the course of my childhood we bounced around and between Los Angeles and San Diego counties, which contributed to my enlightenment!  Okay, okay it really translated to uncertainty and adaptation…to new neighborhoods, new schools, new people, new friends and new bullies.  LESSON FOUR TO SELF: Hone your people skills (you’re gonna need them!).

When I graduated high school, Plan A was to become an actress. That plan was abruptly foiled by Lillian Maxson, my high school drama teacher, who informed me that in this pursuit I would need to be prepared to ‘compromise’ my principals.  Not quite grasping exactly what she meant, and being that I was fairly grounded in my convictions at the ripe age of 17, I aborted Plan A in favor of  Plan B.  Plan B was to become an advertising executive, like Don Draper on Mad Men, but I wouldn’t smoke cigarettes.  I headed off down the street to college before accepting a job in the thriving aerospace industry.  It was an exciting time to be in Los Angeles and the surrounding counties.  The technology that was pumping through the veins of these companies was phenomenal.  We are in awe of the Think Tanks that dominated the Silicon Valley around the mid-90′s, but the intellectual cache in Southern California during most of the 80′s and early 90′s rivaled it.  It went largely unnoticed due to the sensitive nature of many of these projects.  Later a lot of this technology would be adapted to benefit our daily lives. I split the next four years between Hughes Aircraft and Northrop Corporation, cutting my teeth on projects that to this day have left some of the greatest impressions upon me professionally and personally.  In this realm, I developed a profound consciousness about the impact of ones work, and experienced teamwork and camaraderie at a level of which I’ve yet to see rivaled, anywhere. These unique environments enabled me to form my first professional and emotional bonds to the companies I worked for and with the people I worked along side.

Since then, I’ve been fortunate to work for or help to shape many great companies.  I’ve had the good fortune to explore numerous industries, while experiencing diverse cultures and unique customs.  I’ve garnered infinite experience every step of the way.  I have worked with some very smart people, and some not so smart people.  I’ve had talented mentors who have given me the gift of their wisdom and their mistakes; while encouraging me to explore and develop my own inherent strengths, and make and reflect upon my own blunders.  So, my opinions and posts reflect both my own experiences, and individuals who have impacted my thinking.

My writing is always directly tied to experiences and people to which I am connected to.  Don’t expect little inspirational threads or daily business devotionals, like some blogs.  That’s not my style.  I write because I have something I think is worth communicating.  If it’s worth communicating, it’s worth my time and effort to ensure it’s authentic.  I’ll post as often as is reasonable for me to do so, I also run a business and a household!  I will, however, do my very best to imbue my posts with humor, purpose and sincerity.  With any luck, I’ll give you a reason to come back.

Thanks for reading along. 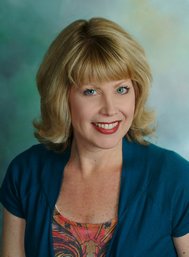 In 1996 I moved to Reno, Nevada where I live with my husband, three kids, the occasional kid that belongs to someone else, a pack of dysfunctional dogs, and one really ancient cat.  It’s a crazy life, but it’s mine!